Maybe its just the knock on effect of having spent five out of the past six weeks in the States Chamber (well, unless your name is Ben ‘Empty Seat’ Shenton who has probably spent around only two?) listening to the likes of Philip Ozouf argue that black is white and white is black - but regardless of the above headlines I will start this ‘round-up’ post with the last story first. 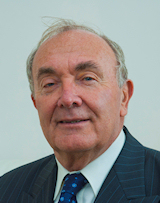 www.tedvibert.blogspot.com
Judging by the example of Saturday’s totally one-sided and wholly misleading JEP coverage of my 1 (1) K amendments debate there really couldn’t be better timing for one of Jersey politics larger-than-life characters to launch a new blog. Citizens’ Media continues to grow and with Jersey the way it is currently that just has to be a positive thing.
Of course, my good friend former Senator Ted Vibert was actually the politician who really started the whole blog phenomenon rolling in terms of Jersey politics, way back before the 2005 elections, so he is hardly a newcomer to the scene. But as readers know I have a lot of time for Ted. I was proud to have his endorsement for the 2008 elections and will be returning the compliment this time around just as proudly.
Do I agree with him on everything? Absolutely not. Indeed, sometimes we disagree completely. But one thing is absolutely certain: if we are to save Jersey from the two-tier society Abyss into which Senator Ozouf and his cronies are frantically frog-marching us Ted Vibert is a man we most definitely need back in the States.
Indeed, along with Senator Francis Le Gresley  and Dr. Mark Forskitt, Ted is the only one of the Senatorial candidates declared thus far worth a vote. In fact the others should all be avoided like the plague! Ted says what he thinks and love him or loath him he is in politics for all the right reasons. Hey, with just a little bit of poetic justice come October he could even be sitting in the seat right next to the Machiavellian One himself! Worth a seat in the public gallery on its own!
Check out Ted’s views via the link above….
1 (1) k s - ARGUMENT WON HANDS DOWN. VOTE…LOST!