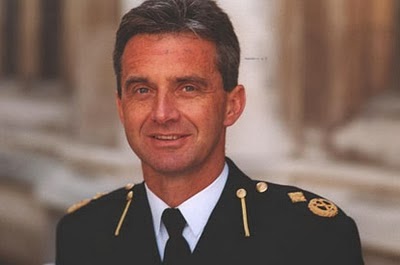 If anyone genuinely wanted proof that ‘the Jersey Way’ in all its sordid indifference to protecting children still ensures the safety of vulnerable minors comes a very distant second to promoting a bogus, squeaky clean image for potential international finance business then the revelations about how a grooming gang were let off the hook because ‘no one would give evidence’ surely provides it in spades. Quite frankly the excuses being offered, and just as horrifying, the fact it was all hushed up by the authorities is simply stomach-churning.

Really, as one of the tiny band of States Members, both past and present, who fought the five year battle to secure the Committee of Inquiry - not to mention having personally led the Scrutiny review which finally exposed the deliberate trashing of Operation Rectangle by Jersey’s MSM - even I find myself asking ‘Just what the hell does it take to wake up so many people in this island to how upside down our Establishment’s values are even in the second decade of the 21st Century?

Indeed, as a fellow blogger rightly commented it seems hitting ‘middle Jersey’ in the pocket with a small hike in school fees will get those parents out in convoy to protest. Yet tell them our kids are quite likely to be groomed, explicitly videoed or even buggered will barely raise an eyebrow! Have we really learnt so little from the predatory abuse of Roger Holland, Andrew Jervis-Dykes and their ilk; and the ‘look the other way’ attitude of the Bailhaches and disgraced Jurat John Lyndon Le Breton et al?

Of course the true 6 million dollar question – and the one which really must not be overlooked here – in pushing for some accountability for this latest outrage is this: just who decided that this gang of young men should not be prosecuted? Was it ‘I’ll police in any way the Establishment tell me to’ Chief Mike’ Bowron? (Yes, he really did say that to a Scrutiny panel.) Or was it Attorney General Tim Le Cocq – perhaps trying to keep up the ‘Jersey Way’ tradition of his two Bailhache predecessors? Whatever the answer the culprit really has to be sacked. Yet he won’t be and the very fact we all know this surely only compounds the despair. 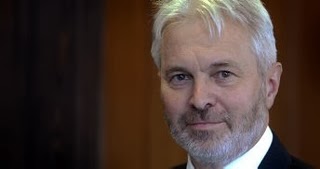 What these events also remind us for the umpteenth time is that here in Establishment Jersey the law and whether or not it is enforced depends entirely , 100% upon who you are and what degree of damage might be done to image of the Flying Banana Republic by a prosecution. Equally of course what damage a pursued prosecution could help do to anyone who has dared challenge the Establishment.

The examples of this are legion but if in any doubt just think Article 39A and William Bailhaches malicious prosecutions of ‘progressives’ for assisting disabled/elderly people to register a postal vote application; whilst leaving Establishment candidates who breached the same farcical law untouched.

Just think Data Protection Law ‘breaches’ and the hugely expensive show trial prosecution of Stuart Syvret; whilst email thief and hate site publication enabler Deputy Sean Power received only a wrist slap. Why is this all relevant? The answer is really quite simple.do.

Prior to the Jersey Evening Post’s welcome – if decades overdue and no doubt wholly temporary conversion to uncovering child abuse - I had been asking discreet but persistent questions on this very story following a tip off.

Okay, so with all else going on in my life; and having recently also learnt that Bowron had been secretly complaining to the Privileges & Procedures Committee to try and prevent me asking any uncomfortable questions about police failings, I wasn’t able on this occasion to progress this or take it forward in the same very public manner I have always believed the island’s people deserved to ensure matters did not simply remain buried in time honoured ‘Jersey Way’ fashion..

But the fact is that what was said to be going on with this ‘grooming gang’ case was deeply disturbing. And there were two main reasons for my concern.

Firstly, I knew for a fact that the ‘no one would give evidence’ to allow a prosecution excuse held about as much water as a string vest. Not only are such decisions never down to the victims alone to have the final say on when set against prosecuting ‘in the public interest’; the fact was that the Jersey Police had the example of a similar - though in my analysis of the facts – far less serious case only some short years ago.. And not only was a prosecution pursued despite similar alleged reluctance but this was done until a conviction was secured.

Without going into full details of what is a case on public record if one wants to research, I was contacted by an involved party, with concerns about the media portrayal of how what was claimed to have been an immature male in his late teens had become involved in a scenario bearing some striking similarities to this latest scandal. In this case younger and underage females were also being provided with alcohol and cigarettes purchased at their request by the male in exchange for the promise of girls then displaying their bodies via a webcam link.

Of course whilst it can be no excuse for the young man in this case both his stated immaturity and the alleged fact that the girls promises made to him to ensure he purchased the requested alcohol more often turned out to be nothing more than a lever they can be said to be relevant mitigating factors. Yet the fact remains that the teenage male was of course rightly prosecuted. So why then it must be asked – with according to my information – no such mitigating circumstances involved was an organised group of alleged ‘groomers’ not also pursued through the court in the same way?

The answer I suggest may possibly lie in the second concern I talked of. This was the allegation made to me that one of the young men in this latest case had a family and educational background which may have caused significant embarrassment to Jersey’s Establishment should any public prosecution have eventually transpired. Can I confirm this to be 100% accurate? No now being out of politics I cannot. Yet as the information about the grooming gangs activities have proved to be on the money these concerns are surely ones which our Chief of Police and Attorney General need to address to Jersey’s wider community as a matter of urgency.

If they do not then the Establishment’s usual denials about the ‘Jersey Way’ ensuring law is only applied here according to who a person is will continue to ring as hollowly as they have always done. Yet who knows…with Shona and I no longer being in the States Chamber as we tread the road toward Strasbourg for legal abuses tied to this very same ‘Jersey Way’ perhaps there is still another States Member brave enough to ask the questions this latest scandal so obviously demands….