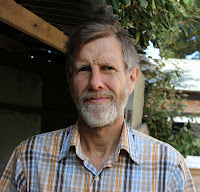 The man who thought he had given the people of Jersey a fully 'independent' Electoral Commission. Please read it - the posting throws a great deal of light on how this excellent and much-needed initiative has been hijacked by those who want to hold on to power at all costs.

10 OUT OF 10 FOR THE ELECTORAL COMMISSION?

How are the electoral commission doing their job?  How are they engaging with the public?  How are they avoiding bias or the perception of bias?  Why have they not set out the principles of reform in their consultation document?

Questions like these are about process.  The process followed determines the outcome.  Bad process – bad outcome. Often politicians deride such questions, saying things like: “ah, these are not important questions. What matters is employment, income support, housing etc.” And what they see as the killer retort: “this is just navel-gazing.”

These are remarks made by politicians of the “we do not want any change” variety, I hasten to add. Change often depends completely on having the right process. Example: if there had been proper open consultation on how to replace the old Bellozanne incinerator, we would not have ended up with the bonfire in a box at la Collette.

The whole question of electoral reform is a question of process – How do we elect our States members? Is it fair? Does voting the way we do make a difference?

To say that it does not matter as much as the bread and butter issues like population, housing, jobs, is to miss the point spectacularly. Who sits in the States determines all the other issues.

So process is vitally important. Which is why I wrote to the Commission and asked them a series of questions about how they are doing their job.

Before the hearing on August 17th I asked the Commission these questions:

1    I asked whether the issue of “how do we promote a debate on electoral reform throughout society?”, had ever been on the commission's agenda.  If so, what strategy has been agreed?

2    I asked what steps had been taken to ensure that their processes and methodology were free from bias, as far as this is possible.

3    I asked  why their consultation document contained no explicit mention or discussion of the fundamental principles of electoral reform or of the purposes of having elections, and hence no context to help people understand the issues and come to a view.

4    I asked whether the issue of “what are the fundamental principles of electoral reform?” ever been on the agenda of the Commission and if so, where could the public see the outcome of those discussions.

5    And I asked why the public consultation was begun before the expert critique of the present system and other work had been completed and available to the public.

So how did it go?

They did acknowledge from the outset that I had the right to talk to them about whatever I wanted to, and to put the questions.

However they first tried at length to get me to drop it. ‘We would much rather hear what you have to say about the classes of member, the term of office etc. etc. Why talk about this stuff?’
But the questions are important, see above, so I did not drop them.

They insisted that they spoke a lot about how to engage the public, they are really trying to get people to put in submissions.  It was in their minds. So, no strategy then. Which kind of shows.

As Mike Dun pointed out at the same hearing – no agenda for the audience, no sound system in a hall with very bad acoustics, no notice outside the building inviting people in. The email to those on the website’s email list – this is people who WANT to be kept informed – telling them of the hearing went out at 14.00 the day before. Same story for the Chief Minister’s appearance.  There is still no mention of upcoming hearings on the Commission’s home page.

The media covered Ian Gorst’s appearance, even though it was not on any published schedule, and had been arranged at one day’s notice, whereas there were NO mainstream media to hear what leading commentators Mike Dun and Nick Le Cornu; four States members Sean Power, Trevor Pitman, Geoff Southern and Alan Breckon; two former States members, one of them a leading light in his day Reg Jeune, the other the originator of the Electoral Commission, Daniel Wimberley. Clearly they have failed to get the media committed to the cause of informing the public.

When asked if the media would be informed about the hearing we were told that what was sauid would go up on the website. “But that is one month away” we cried. I wonder how many of our esteemed media will print something one month old?

And they should be going well beyond “informing the public”. They should be trying to create a buzz around their work. Yet there is no on-going blog or blogs on the website informing the public of the evolving story of submissions and evidence. There are no focus groups reaching out to the “hard-to-reach”. There has been no research to find out, for example, why people do not vote.

And yet public engagement is vital. Electoral reform in Jersey is controversial.  It is also complex.  Mandates, constituencies, numbers of votes, classes of member, all interrelate and it is not surprising that people seem to want things that are contradictory.  And so it is essential to have the widest possible public debate so that the island can arrive at the best way forward. There should be as wide as possible agreement on this way forward, and even amongst those who do not agree, a recognition that the process was indeed fair, open and thorough.

And yet, no strategy at all.

One of them, Mr. Storm I think, said that bias is in the eye of the beholder. He completely ignores the fact that people have every reason to think the Commission is biased. Three States members are on the Commission, and all of them of one political stripe. Having outsiders overseeing the process, as I have suggested, “would not change anything” according to him.

‘Trust us’ was the message. In the age of banks fiddling the LIBOR rate, newspapers engaging in wholesale illegal hacking of phones whilst completely denying that they were doing so, Tony Blair’s “reasons” for going to war in Iraq, Terry le Sueur and Philip Ozouf misleading the States again and again – trust us rings a little hollow. In fact it will not do any more (if it ever did). The question of how to ensure freedom of bias was a serious one. I put it to them and they just did not get it.

How can people come to a sensible view, and even understand the issues at stake if the principles of electoral reform are not stated in the Consultation document? Then they can say “yes, I agree with those fundamental principles” or “no, I do not agree” But at least the whole debate is starting out in the right place. Otherwise we are all at sea without a paddle and it shows.

They said that they had a tight timetable and the experts were going to report soon. So the Commission was not able to put their views into the Consultation document. I pointed out that they could have asked the experts to summarise what for them were the key elements of any electoral reform (and I would add now, a brief critique of the current system in Jersey) and that could have gone in to the consultation, and the other stuff they are going to report on, such as how things work elsewhere could have followed on later.

The fact is, they could have put this stuff into the consultation document and failed to do so. My interpretation is that they (or the chairman in particular, and the others did not spot it) did not  want a discussion of basic principles, but preferred a mish-mash of views which allows them to say – “everyone disagrees, here is what we propose.” That is what it looks like.

So on tackling the reality and perception of bias, on excluding any discussion of principles in the consultation document, and on engaging the public, the Commission have not done very well.

Trevor optimistically said in his appearance at the same hearing that he hoped that in spite of everything something worth-while would emerge.