Today I publish below the press release update on the Leah McGrath Goodman/Haut de la Garenne child abuse scandal e-petition. This was sent to all local media plus a number of UK and U.S. contacts this morning. 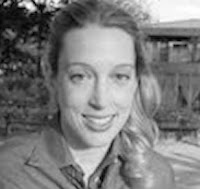 In just four days, my petition in support of a U.S. journalist’s research into the Haut de la Garenne children’s home scandal on the Channel Island of Jersey attracted over 1,000 signatures. The international response has been immense: citizens from every continent have written to insist that the truth come out (see petition on Change.org http://chn.ge/Q1hJjC).

The eyes of the world are now upon Jersey once again. I thus urge all Islanders to add their voice to this clarion call by signing this petition, which urges that journalist Leah McGrath Goodman – who has been banned from re-entering Jersey – be allowed to continue her research into the island’s handling of its child abuse investigations.

The Haut de la Garenne scandal saw nearly 200 victims accuse Jersey’s government of turning a blind eye to horrific crimes against defenseless orphans and other vulnerable children for decades; the illegal suspension of the island’s chief of police; the sacking of its health minister and key evidence – including the exhumed teeth, blood and bones of children – irreversibly compromised, as Jersey’s government scrambled to shut down the investigation at all costs.

After succeeding in doing so, Jersey’s government, to this day, squanders millions of pounds from the public purse to try to silence and discredit its critics – and, most shockingly, shield the accused from being brought to justice, a number of whom even remain free to work with the island’s children and strike again.

Jersey’s government, appallingly, has begun undertaking secretive legal action to protect those who stand accused. Indeed, only this past week, we have seen further worrying indications that all is not as it should be within our judicial system with my own revelation that an individual was allowed to sit in judgment of others as a Jurat (a lay judge) for 14 years despite huge failings in connection with child abuse at an exclusive private school where he was a teacher.

The unreasonable treatment of acclaimed U.S. author and journalist Leah McGrath Goodman – a former Tier-1 visa holder – surely has been proof that this situation simply cannot be allowed to continue.

Having successfully conducted her research into the “Historic” Abuse Scandal until 11 September 2011, when the UK Border Agency detained her at the request of the Jersey Customs and Immigration Service, Ms. Goodman was fingerprinted, photographed and stripped of her passport, phone, wallet and possessions and held in the basement of Heathrow Airport for more than 12 hours – past the legal limit – without access to a lawyer or the U.S. consulate.

The UK Border Agency copied her papers without her consent and questioned her about her work in Jersey before sending her back to the U.S. In January 2012, the Border Agency then sent Ms. Goodman a letter informing her it had taken the additional step of banning her from entering the UK Common Travel Area for two years, but did not explain the reason for this action. It denied her the right to an appeal. UK Member of Parliament John Hemming interceded to reduce her ban to one year, expiring 11 September 2012, the day that I lodged this petition. Even so, Ms. Goodman’s visa status has yet to be reinstated.

This situation within our “democracy” should outrage not only ordinary members of the Jersey public, but every local journalist and broadcaster. I believe the time has come when those who care deeply about justice and democracy on the Island must finally say enough is enough. With the help of this international e-petition, we must insist Ms. Goodman’s Tier-1 visa be restored.

Every day that goes by without this problem being addressed potentially exposes the Island’s children to further abuses by those who have already been accused of unspeakable crimes – or have helped conceal them. It is time the public demand immediate action.

The Petition can be signed by clicking here