DING-DONG THE WITCH IS DEAD! 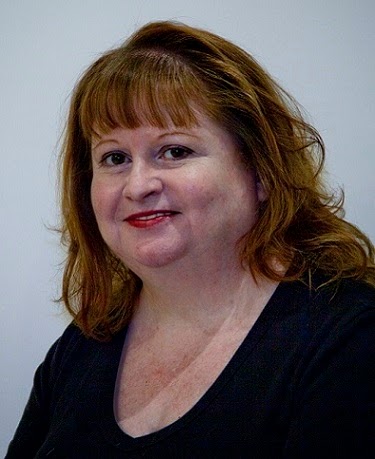 It is undoubtedly true to state that a number of questions have continued to defeat even the finest of minds throughout the unfolding of history. Profound and intriguing mysteries such as…

·      What was the spiritual motivation underlying the erection of the gigantic and spectacular carven heads on Easter island?
·      Does the legend of the drowning of a super-advanced civilisation on Atlantis really have its roots in truth?
·   And does convicted petty criminal purveyor of cowardly death threats Jon Sharrock Haworth ‘get in to character’ by slipping into a frock and heels whilst posting on line abuse as ‘Sue Young’?

Yet daunting to the human condition as these great questions are truth be told we can be quite confident that eventually – given the inevitable march forward of scientific research and, indeed, psychic development – in time all of the above mysteries will be solved. A stark contrast I suggest to what is now surely set to become the most bizarre and illogical incident of all time.

I write of course of the question as to what the **** ever could have convinced a bitter and twisted, malicious, mean-spirited, potty mouthed pretend witch and claimed ‘professional’ Tarot card reader - one Maureen Morgan (‘Su-Mo’ to her victims on the internet) to kid herself she had even a cat in hell’s chance of conning enough of the fine people of St. Helier No. 1 District to vote her into the States Assembly?

Yes it is certainly true that things in The Island Democracy Forgot are bad: really bad! Hell, with having lost Daniel Wimberley, Stuart Syvret, Bob Hill and now also both Shona (Pitman) and myself – that’s a full five of only eight politicians in recent times who were brave enough to stand up to the Establishment cover-up merchants  and their corrupt judicial counterparts – things in truth have never ever been democratically bleaker.

But desperate enough to make any sane and basically decent person risk a vote for Maureen Morgan?

A woman whose entire contribution to the Jersey community appears to revolve around the spreading of vicious and cowardly lies on the internet about anyone who dares disagree with her; let alone commit the cardinal sin of challenging or criticising her? As the truly pathetic and embarrassing total of just 51 voters psycho Su-Mo managed to garner in the by-election of March 5th 2014 spells out (no pretend witch pun intended!); and a fact all with even a rudimentary knowledge of politics, democracy, socio-economic and even plain and simple old common decency could have told her: the answer is a spectacular and resounding NO!

In fact the message for Maureen Morgan sent out by the electorate tonight could not be any less ambiguous: Go back to the broom cupboard. Stop taking your clear self-loathing, low self-esteem and twisted bitterness at your personal failures out on other people with this obsessive and cowardly internet bullying. Hell, act like an adult for once, take responsibility. Take a good hard look at yourself - and get some HELP!

The evidence of Maureen Morgan’s cyber abuse is shocking…

Indeed as just one of the many people Su-Mo has viciously and obsessively attacked (in all honesty her whole life seems to revolve around me as documented by numerous screenshots sent to me by people concerned I might have a deranged stalker) my ‘crime’ warranting this warped behaviour appears to have arisen simply from my daring to challenge her appalling cyber attacks on the name and character of the late Simon Abbott: a vulnerable individual barely cold in the ground.

Vicious cyber rants the style of which Morgan has continued to hurl to at the late Mr Abbott’s distraught and grieving father Jon!

Okay, so my other personal ‘crime’ in Su-Mo’s twisted mind also appears to be that I hold Leftist political principles and perhaps even worse in her warped imagination and seething jealousy – I have over a number of years put in the kind of hard graft on behalf of the people who twice elected me (and just as many who couldn’t or even probably wouldn’t) which a lazy motor-mouth bully like Morgan could only dream of.

Morgan ‘talks the walk’ but can’t ‘walk the talk’

Indeed, should anyone have any doubts on this last fact then just consider this little gem; Maureen Morgan bragged at the political hustings, on radio and on the net that she was the person who as Deputy would ‘just roll up her sleeves’ and ‘do the work’ that needed doing.’ How strange then that this very same person was simply too bone idle (or is that also too staggeringly arrogant?) to even knock on all the electorate’s front doors in the course of her election ‘campaign’? A ‘bad back’, Su-Mo - how very convenient.

In one of those bizarre twists of fate as chance would have it I came to be tipped off by the drunken blabberings of one of the tiny coterie of loons Morgan appears to feed on via a particular internet ‘political forum’ that Su-Mo was convinced she could get a great deal of publicity by deliberately goading me into exchanges throughout the weeks of the election campaign. ‘Jonnie’ or was it ‘Sue’ or ‘Julie’ being a bampot of equally staggering size let slip that not only would I apparently be ‘fuming’ at Morgan’s standing I also ‘just wouldn’t be able to resist firing back’ at Su-Mo’s on line abuse.

The fact was however her running for election actually had me in fits of laughter and further resolved me - thanks the troll’s loose tongue - that I wouldn’t make a single comment or criticism until after the polling station had closed on March 5th. And despite the desperate and rabid abuse I have stuck to this. Indeed, as candidate Roy Travert observed in chatting to me only last week; though giving my personal view of who I thought best merited a vote in both St. Helier 1 and 2 unlike Maureen Morgan I haven’t laid in to any candidate no matter what I thought.

But now of course the gloves can come off

The fact is deprived of the publicity I would have guaranteed her Maureen Morgan’s election ‘campaign’ has consequently been all but non-existent: simply revolving around pumping out ever more vicious and childish abuse at those who she clearly knew were putting in the work and thus were more likely to have a chance of getting elected. People who also just happened coincidentally to be (you guessed it!) other community-driven leftists like Sam Mezec and Nick Le Cornu.

Candidates whose words reveal them to know far more about the nature of the problems facing those on the sharp end of our Establishment’s entrenched two-tier society economy than Morgan could ever hope glean given her sad existence in Sim City.  Candidates who were also, just like me, willing and committed to trying to do something positive about it.

But then it has to be said that Mad Maureen and her little band (one or two are actually real people!) would equally even pour scorn and abuse on Leftists who were not even on the internet nor even involved in the No. 1 campaign such as Shona! No insult it seems was too low. Shona, like me, was apparently even a ‘disgraced’ States Member.

Whether this was because she too had an excellent reputation for helping vast amounts of people that even political adversaries such as Sean Power and Philip Ozouf acknowledged or simply because Su-Mo hated the fact Shona also had a science-based Degree in addition to a Masters was never made clear. Probably just being married to the person Morgan was wholly obsessed with was justification in itself?

Even the well-intended Gino Risoli was abused and ridiculed mercilessly by Su-Mo’s tiny gang of supporters for simply having contrary perspectives. Whilst incredibly the bullying Su-Mo would even mock her victims’ appearance. People were 'Bald Tits.' People were 'wankers'. (Rico Sorda in this case I believe). All pretty rich indeed coming from a woman who if one was to adopt her own standards would surely face the barb that she herself appears to have fallen from the very top of the ugly tree and bounced on every single branch on the way down?

Su-Mo would also happily mock her chosen victim’s demeanour – hey, I am apparently ‘camp’ amongst other things (no problem with that Su-Mo: if it was good enough for a pair of geniuses like Lou Reed and David Bowie then its quite good enough for me!) No insult it appeared was too low for this truly horrible, embittered individual. Indeed, at a special Church hustings Morgan even appalled people present with her ignorant, mocking views on inequality and ‘one armed black lesbians’!

For example I apparently had called her a ‘bitch’ a number of times on the internet. Yet oddly, when I took the trouble to write to her politely requesting she point out exactly ‘where and when’ Morgan obviously could not. As she knew full well it simply hadn’t happened. Indeed, faced with her lies being confronted head on Morgan never even bothered to reply.

Of course in reading this no doubt her excuse will be to claim that the letter had somehow never been received. Heck, perhaps because it had inadvertently been eaten by her witches ‘familiar’? (Now I obviously can’t confirm this but someone alleged to me they had heard Su-Mo actually claims to have one. A big, fluffy white supremacist rabbit named ‘Rolland’ or so the lady suggested!

Yet perhaps most troubling in looking back on all of Maureen Morgan’s horrible cyber bullying and abuse of people is what she actually told people on the internet – and within her ‘manifesto’ that she wanted to do had enough people in St. Helier No. 1 have been sufficiently gullible to vote her into the States.

Incredibly Maureen Morgan stated that she wanted to work within mental health!

Mental health! I ask readers: given all of the behaviour I have highlighted; all of the horrible abuse and attempts at cyber bullying could there really be a better example of what a lucky escape not just the people of No. 1 District but the Island generally have just had? Is this woman really that deluded? Quite possibly so given that in one of her rants at me Su-Mo had actually claimed that she was both a ‘counsellor’ and a ‘healer’! Indeed, just what poor Mr Jon Abbott will make reading such claims I really can’t imagine.

Indeed, real witches - 'healers' - as Morgan claims to be such as the late George Pickingill and Doreen Valiente would surely be disgusted in my view.

Yet for all of Maureen Morgan’s horrible abuse and the cowardly lies she has spread about me and my wife the fact is that ultimately I just feel sorry for this sad and pathetic individual. After all – when even the Establishment won’t take a risk on a rabid anti-Leftie candidate you really should know you are seen as one of life’s losers! Indeed, it is fair to say it would be quite difficult to sink any lower.

But let’s end this obituary on Maureen Morgan’s ‘political career’ and her now vanished 15 minutes of fame on a positive and conciliatory note. Firstly, thanks to an e-mail sent to me I am informed Su-Mo apparently stated that she worked for the States of Jersey? Is this true – I doubt it? But if it is then Su-Mo you actually may have to bite your forked tongue and send me a nice little ‘Thank you’.

You see back in 2009 it was my successful proposition which finally won ordinary States employees the right to be allowed to utilise their annual leave entitlement and/or any owed T.O.I.L for the purpose of conducting an election campaign in the same way any employee within the private sector is able to! Secondly, one can only hope that mmmmm.... Promatech - those nice sex toy people - allowed their employees to do the same...