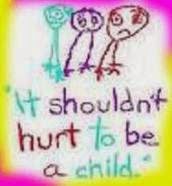 The official launch of the Committee of Inquiry into the State cover up of decades of institutional child abuse is now just over a week away. Many abuse survivors have often thought that we would never, ever get to see this finally come about. Understandably so, given the rabid opposition orchestrated by those who desperately wanted both the true extent of the victims’ suffering; and the betrayals of those who let it happen and should have brought the perpetrators to justice years ago swept under the carpet in best ‘Jersey Way’ fashion to protect our image as an ‘Off Shore centre’.

Survivors/victims have not only been dismissed and even simply deliberately ignored over the years many have been bullied; they have been humiliated and insulted. Some have even been threatened with legal action to try and intimidate them into silence. As one of the tiny handful of politicians who actually fought for the establishment of the Committee of Inquiry way back in 2008 I thus really cannot stress highly enough just how crucial it is that anyone who has evidence of any kind comes forward now and presents this to the Committee if it at all possible.

Perhaps it will even be genuinely impossible for a number. Indeed, just listening to some of the victims’ experiences made me feel physically sick on occasions. But what all of us who do not go along with the ‘Jersey Way’ ethos of the likes of the Bailhache brothers – two arrogant and utterly disgraced Attorney Generals and ‘judges’ whose names are now shamefully synonymous with the betrayal of both child abuse victims and justice alike – must keep in mind is this.

No matter how painful; no matter what the intimidation or the cost all who can manage it simply must endeavour to place all that we know ‘on the record’ come the inquiry beginning on April 3rd because the alternative is surely even worse. Can we be sure that the Committee will act upon the evidence they are given as a truly independent body should do? No. We cannot. Yet what we can do - and do beyond any shadow of a doubt – is ensure that all of the facts finally do end up on the public record for posterity.

By doing so we thus may just ensure that this type of sickening cover-up by the Island’s Establishment cannot happen so easily again; nor perpetrators get away with it so easily.

After all, Jersey won’t always have a ‘justice’ system as corrupt and utterly warped by power and greed as the one allowed to ferment under Philip Bailhache and the equally contemptuous of Jersey’s obligations to comply with the European Convention on Human Rights, Michael Birt. Just as one day the UK finally won’t have weak individuals like recent ‘Justice Ministers such as McNally and Hughes; or of course the Queen’s Lieutenant-Governor for the Island who equally know what is going on but keep their mouths shut for fear of damaging the murky Jersey tax links with the City of London. Truth will always out in the end no matter how long it takes.

But should you be one of those who genuinely doubt that presenting your evidence is worthwhile or will achieve anything positive – perhaps when set against the pain the process may bring about - please just consider the likely consequences if you do not. For in such a scenario the likelihood is that the lies and false picture of what took place at Haut de la Garenne and so many other places painted by the Establishment and their lackey media mouthpieces like the Jersey Evening Post will over time become accepted ‘fact’.

Just as Dr. Goebbels stated: if you keep repeating a lie long enough…

Not only will both the true extent of the suffering of the victims and the complicity of the politicians, civil servants, police and media who made it all possible be airbrushed out of history – the same Establishment and media fabrications trashing the hard work of the brave police officers, Graham Power and Lenny Harper, who finally did act to do something about it all will also become historical ‘fact’.

This should be something that not a single soul who cares about justice and putting an end to ‘the Jersey Way’ could even contemplate as letting happen. And that is why all who can should give their evidence and give it proudly.

Indeed, as the politician who led the investigation into the absolute fabrication of what really happened within the financial managing of Operation Rectangle by Power and Harper I know as well as anyone how the Jersey mainstream media – not just the Jersey Evening Post but Channel and the local BBC - sold the public a work of fiction in conjunction with Establishment politicians that would have done Stephen King proud.

For example, without the evidence secured from witnesses in that Scrutiny Review we would never know such important and revealing facts such as…

Far from Harper and Power ‘wasting’ 7.5 million pounds as claimed by the State media and some oddly obsessed Establishment politicians the duo did not even spend such a figure at all. The majority of the money actually was spent by their successors Warcop and Gradwell who did not even have a major crime scene to maintain.

We would never know the truth that, try as politicians such as Ben Shenton, Jim Perchard and Sean Power did to smear the name of Lenny Harper the only individual leaking information to the media during a live child abuse investigation was actually Mick Gradwell – the man the JEP tried to spin to people as some kind of whistle-blowing hero! Yes, one of the very men brought in by the Establishment to trash and bury the whole investigation!

By now speaking to the Committee of Inquiry survivors and other witnesses alike can achieve the same – only even more so! Perhaps even setting in motion moves that will finally bring some of those protected under the ‘justice’ of the regimes of Bailhache and co to belated justice. So I repeat: let the true facts be recorded for future generations. Because if we do not we can be quite certain it will only make the events surrounding Haut de la Garenne all the more likely to happen again.